Waking up with a head full of ideas - Roadwarden Devlog

I need to say a few words about my recent lack of updates. Multiple issues, unrelated to the game, forced me to take a couple of weeks off. It doesn't mean I haven't made any progress whatsoever, it's just that there wasn't really time to handle full-time development and combine it with social media presence. Now I'm back on Twitter and Facebook, where you can find more WIP updates and other stuff, including worldbuilding prompts and ideas.

My main task right now is to finish all the writing related to the Clean Spear - the Roadwarden's first tavern, and pretty much the one human settlement that's the easiest one to reach at the beginning of the game. Next week, I'm going to have an in-detail dive into all the work that goes into the design of such an area and some of the core scenes related to it. 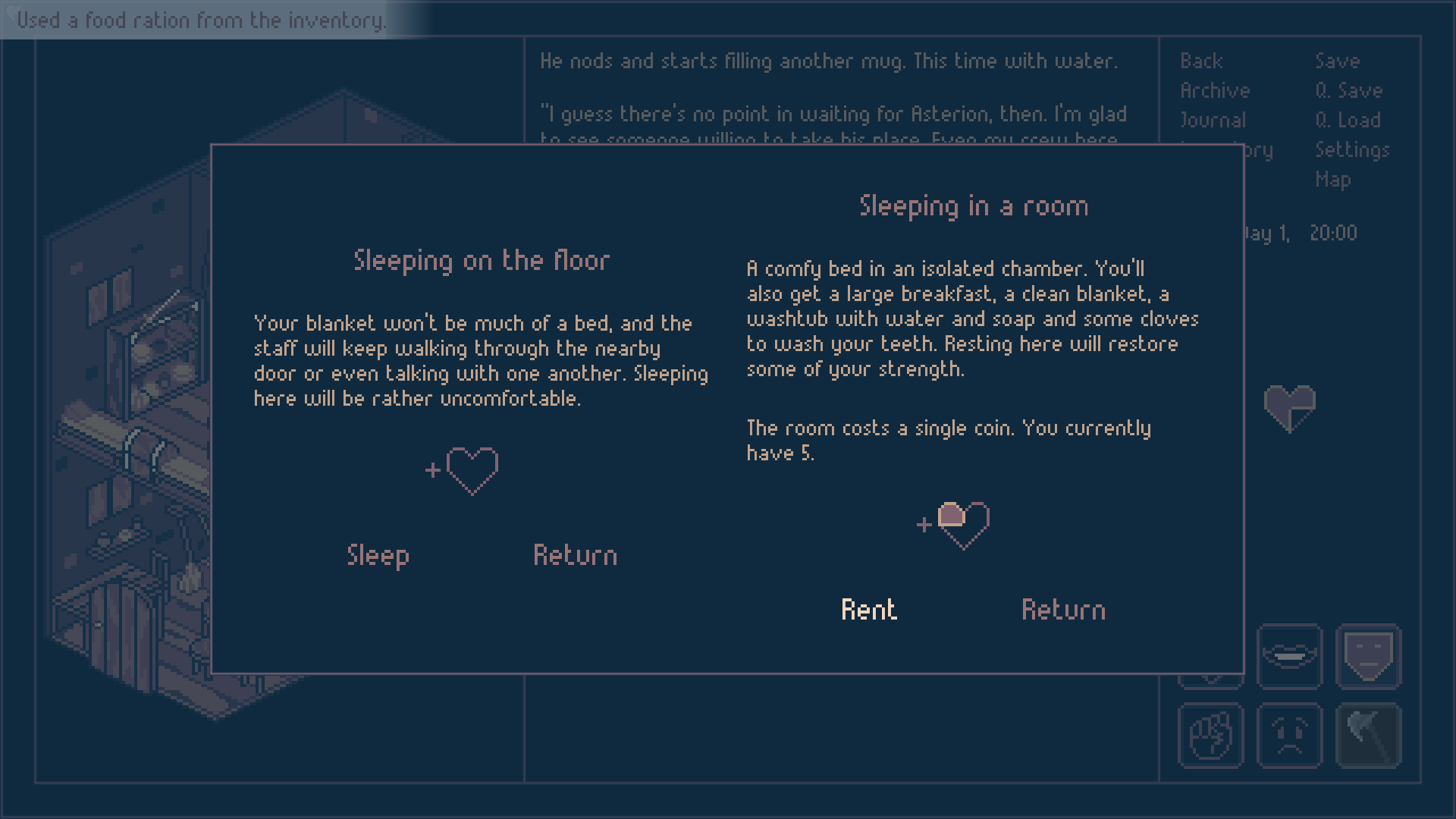 Writing allowed me to take a closer look at some problems that Roadwarden struggles with. All video games have to value communication between the game and the player, and sometimes it's difficult to realize when the information flow gets a bit muddy.

And this is what this devlog is going to be about - the new features and experiments that allow me to communicate information more efficiently.

Previously, when the player's ability (Force, Spell, Knowledge) had an option to unlock a new dialogue choice, an animation was supposed to show up. And I was sure it's working fine. Now I know that even in the game's demo the said animation was not displaying itself all the way through.

I figured out what was the cause of the bug, but I've also heard the players' feedback. Apparently, it's not always clear when the Attitudes become interactive. The simple change of color palette was not enough.

So the GIF above shows an example of how the new notification looks like. And if it's related only to a skill (the 6th icon), it works only for the selected image. It's much easier now to spot the new options.

I'm not saying this is the cleanest, best animation possible or that it won't be fully replaced in the future by something fancier. But the tech is now there. ; ) 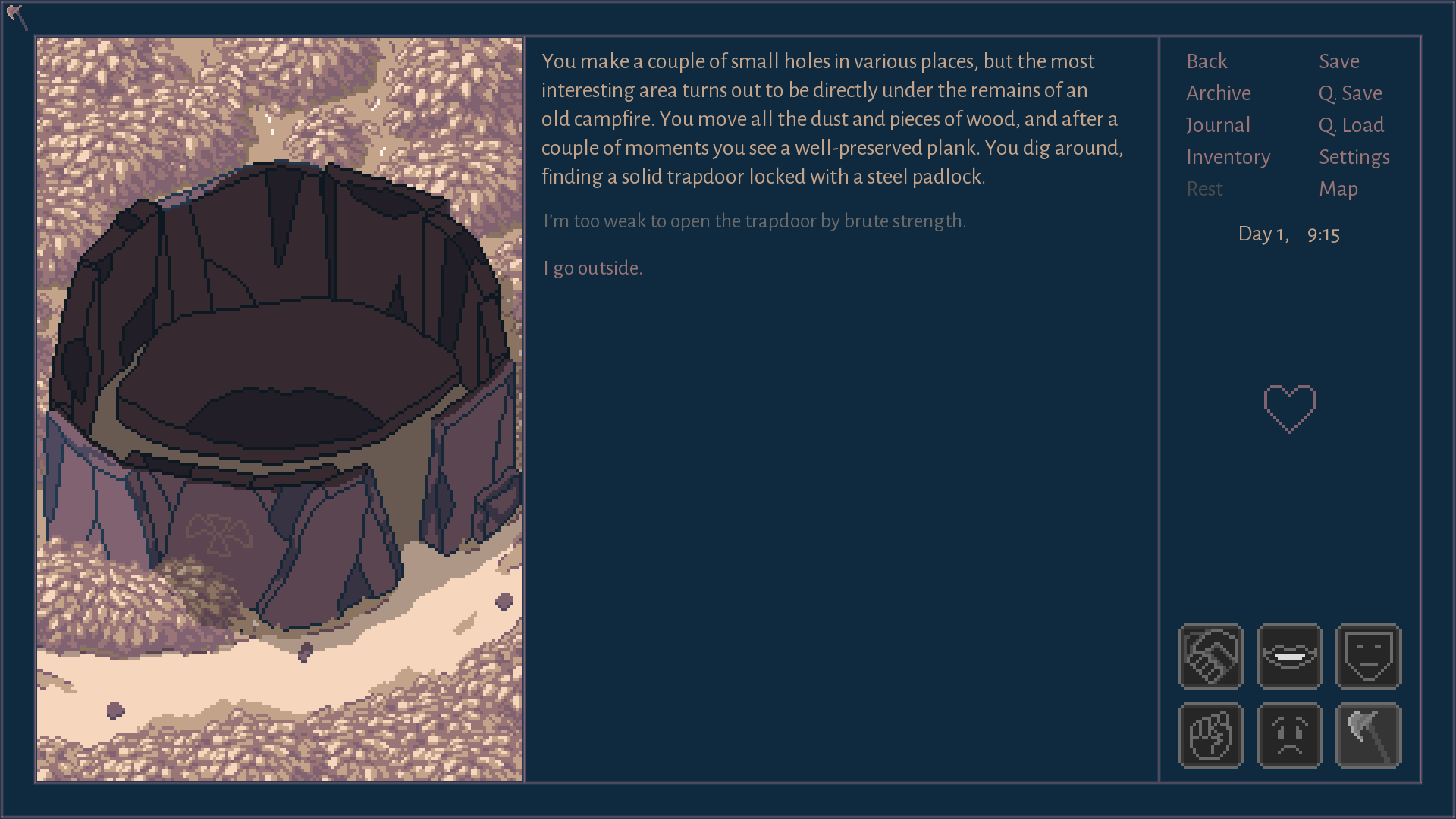 From now on, I have an option to display new, “gray” choices as if they are present, yet inactive. But before we go any further, let's talk for a bit about the Hit Points.

HP in Roadwarden is a big deal. The game doesn't automatically end when you drop to 0 HP, and it's difficult to “heal” your character. Healing takes time, money or failing some sidequests. (There's going to be, for example, a quest during which you can either keep a healing potion or return it to the rightful owner.)

If you're healthy, you can handle the most tiring tasks. Lift, push or pull heavy objects; use tools to destroy things; fight and prevail. But if you're weak, these actions overwhelm you. You can't, for example, climb on a mountain when you are close to death.

Up to this point, the game was either:

a) hiding choices that were impossible to activate. But if, for example, you should be able to lift this really large stone, but the game doesn't display an option to do so - does that mean it's impossible to accomplish it, or maybe you're at a wrong place? You need more information than that.

b) allowing you to select a choice, and then informing you that you've failed at your task. But the choice could still be available after that, making it confusing - can I try again? Should I try again? What should I do instead? 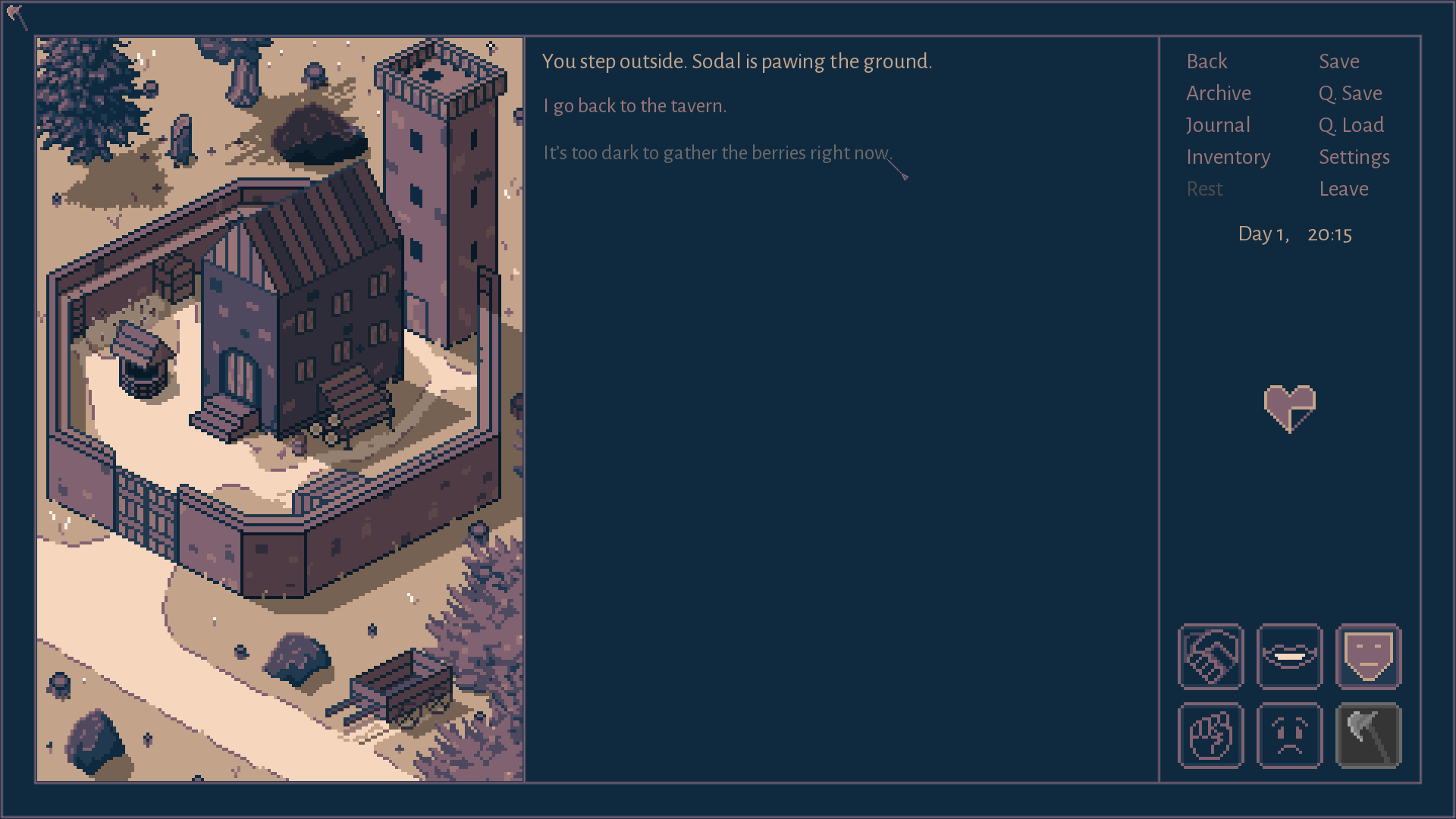 Having the “inactive” choices allows me to present some information more clearly, especially since they don't have to be phrased in the same way as the “proper” choices. Maybe you are in the right place but at the wrong time? An “inactive” choice will give you that information. Maybe your HP is too low? The game makes it clear now.

These “inactive” choices are, following the video games tradition, gray. It means they're also related to “inactive” Attitude buttons and other “inactive” icons presented in the game. Such as the blocked areas on the map that you can't currently visit. Oh, and they're not responding to hovering, and nothing happens if you click on them. So they don't look that weird. 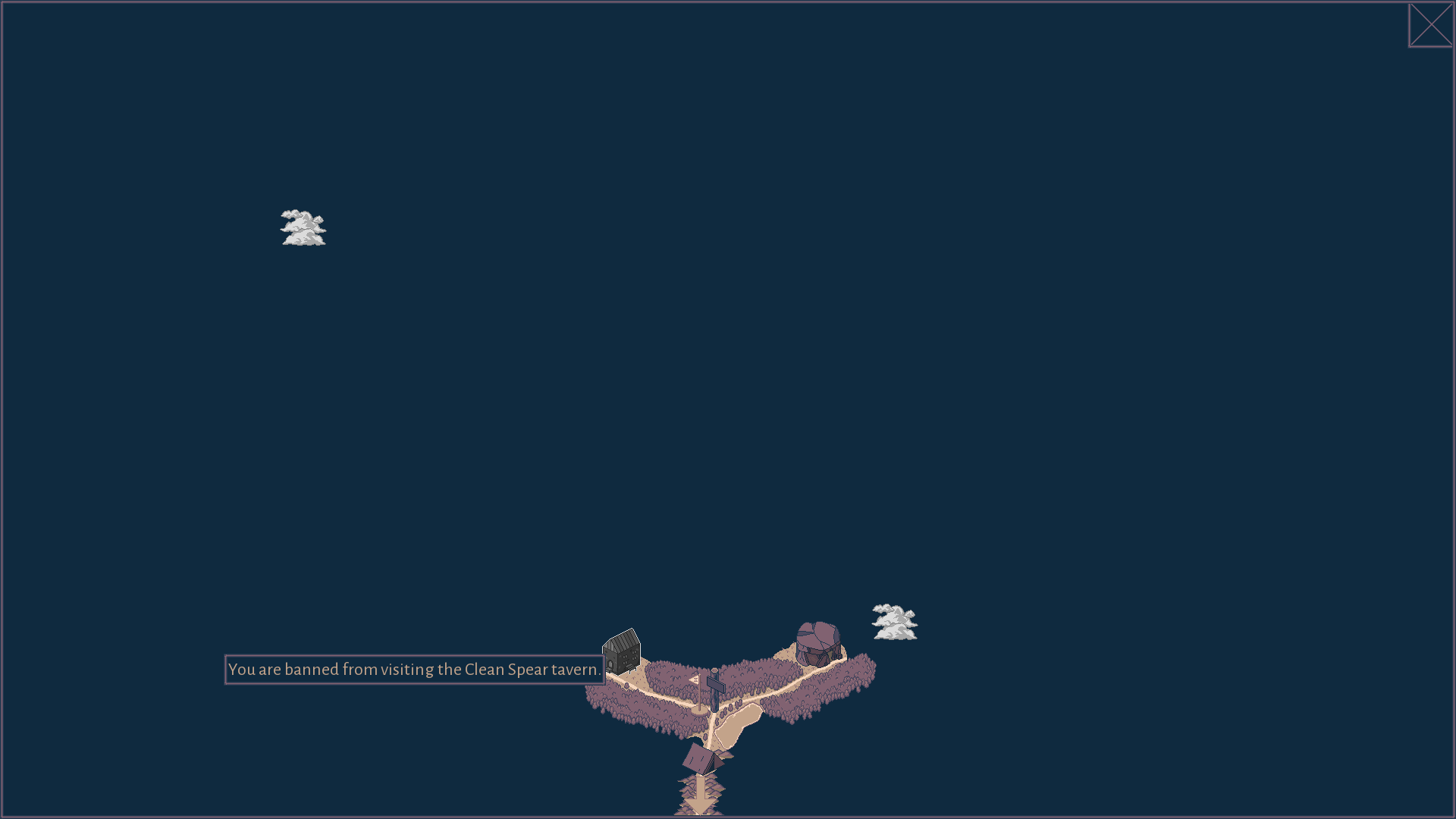 Thank you for your attention and see you next week!

Interesting development blog, keep it up!